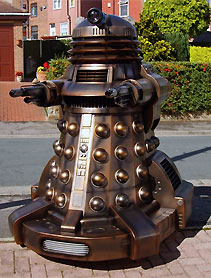 Storm was hand made by Alan and designed by CGI wizard, Mechmaster, (check out his gallery in the Virtual Dalek Showcase). Storm also has a dedicated site and Facebook page. These can be accessed by clicking on the STORM link, to the top right of this page.

The CG design was based on a sketch by Alan Marshall. Storm is a whole new breed of Mutant just waiting to be unleashed onto your TV screens in what might just be the most thrilling episode ever!

Since Storm was completed, back in June 2008, there have been a number of inquiries from overseas fan filmmakers, and some from the UK. If there are any budding filmmakers out there, Alan says he would be happy to let Storm help out with your productions. 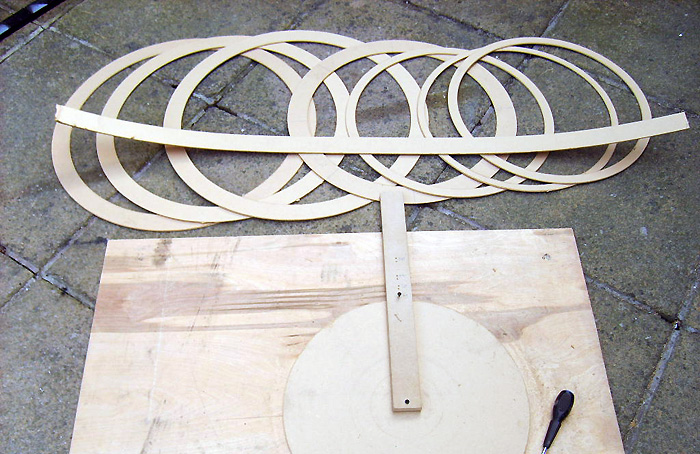 This picture shows parts for just one neck ring, all made from 3mm MDF. The three sloped rings were cut bigger than was needed and had a segment cut out so that when they were pulled together they made a cone shape that was the correct angle for that specific neck ring. These were glued together and once dry, they were trimmed and stuck onto a central ring. 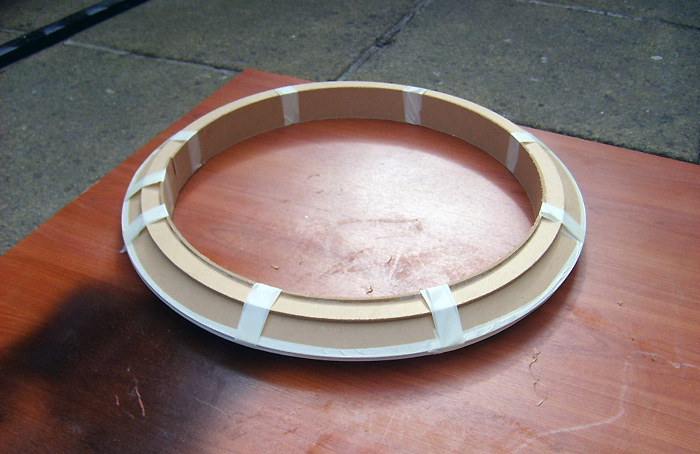 Here we see one of the neck rings trimmed and glued together. Alan put a skim of filler around the detail on the underside to soften up the basic look. Because of the clever way these rings are put together and despite their large diameter, Storm's neck rings are relatively light. Each one weighing no more than a standard MDF Dalek neck ring. 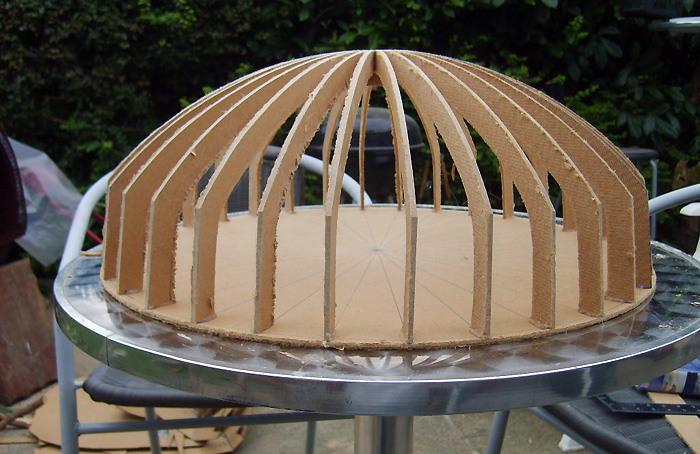 Because of the non-standard dimensions, Storm's dome had to be made from scratch without using any of the established Dalek dome dimensions. Alan cut a disk out of 3mm MDF and added 32 profile 'ribs'. Everything was made slightly too small, with the outer skin making up the size, later on. The framework was then covered with GRP tape and the final surface built up with filler. 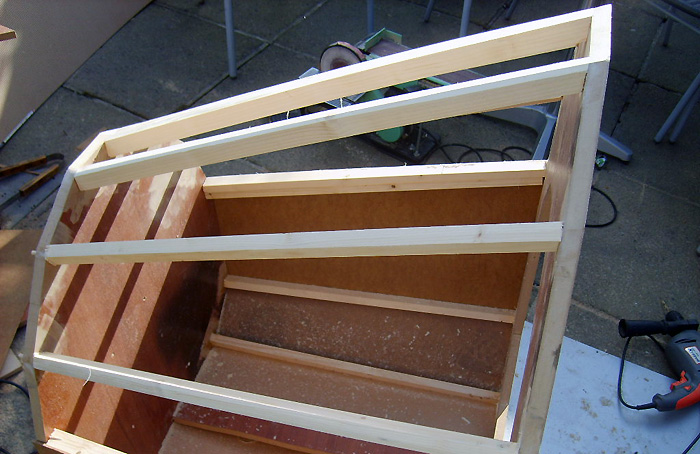 One feature of the skirt is that there are no sharp edges where the panels meet. To achieve this and ensure secure fixing, each panel had a strut placed behind it. Because of this, when the panels were fitted and the edges smoothed off, they were still securely fixed in place. The top and bottom of the skirt were fixed with temporary struts, then permanent ones were added all the way around on each join. 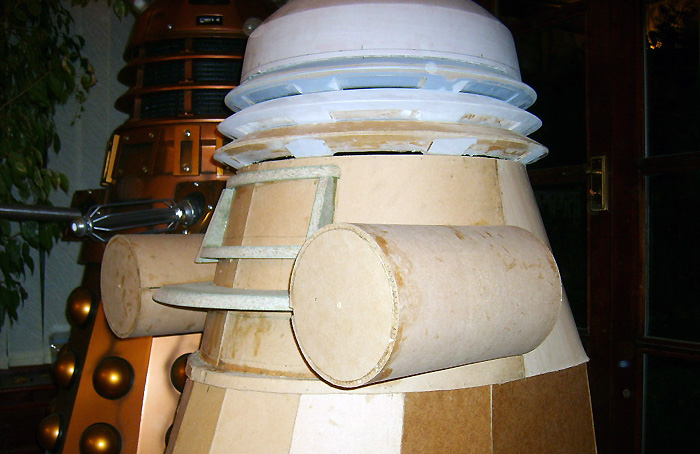 In this photo we see the cannons being assembled. Alan was going to make each cannon detachable, for ease of transport, but the extra work involved would have taken a long time. Instead, he decided to fix them permanently to the shoulders. At this point only the front guns and rear backpack and heat sinks are removable. The cannons were glued together with PVA, then strengthened with fibreglass. 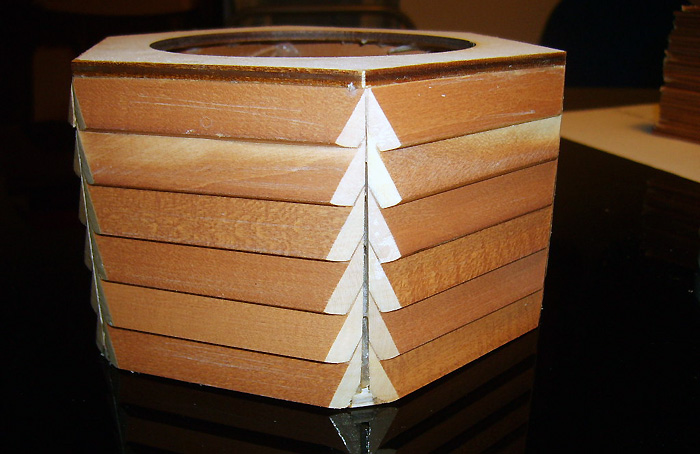 Pictured is the beginnings of one of the hexagon-shaped gun vents, or radiation vents as they are known. They were both made from a car boot sale purchase... an old wooden window blind, which cost a mere £1. There are 38 pieces to each vent, so construction was quite time-consuming. Another part needs to go over the top of each vent before the guns can be added.