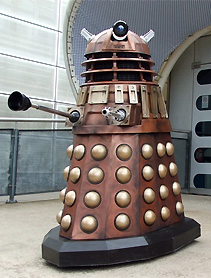 Pictured at the Leicester Space Centre, Richard's Dalek was still not completely finished at the time this photo was taken. Since then (May 2008) the Dalek has had blue cold cathodes tubes fitted to the underside of the fender. Wheelchair motors and wheels have also been fitted to the Dalek's fender section.

This involved building a stand for the wheelchair controller and wiring up a fuse box inside the battery box.

Small details such as the under lighting and the detailing/weathering on the paintwork make this Dalek really stand out as something rather special. 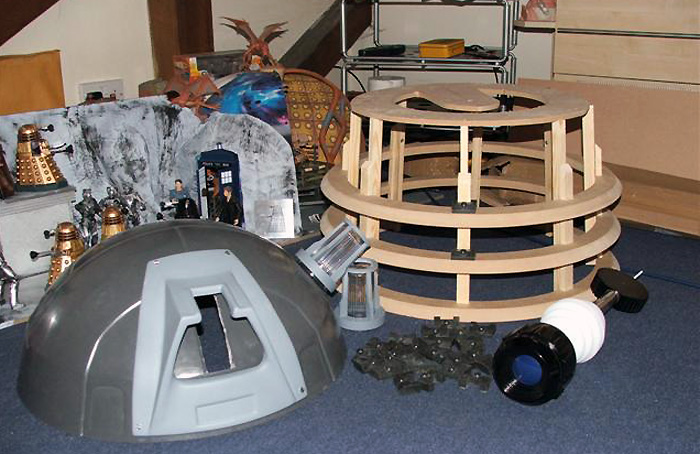 The dome fixings were glassed into the dome and the tops of the neck struts were trimmed down to mount the dome at the correct height above the neck rings. The dome is seen here as a separate item, now rotates freely on top of a replacement neck cage, using radio control with variable speeds. Further mounting brackets were added to locate the eyestalk pivot. 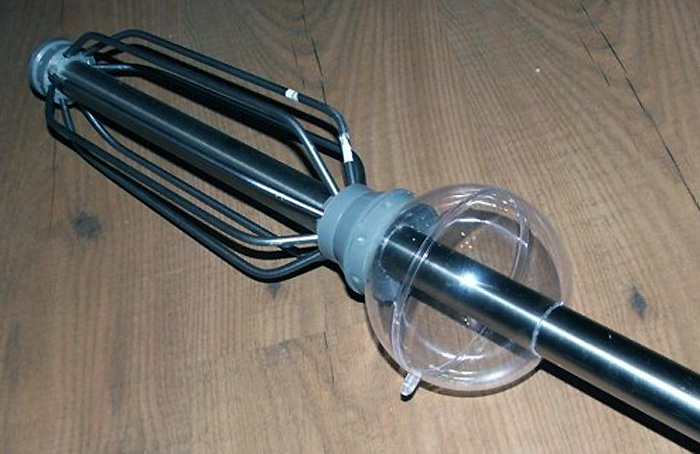 Clear plastic globes (the kind used for Xmas ornaments that split in half), were purchased from eBay. Cirric toyed with making some P40 globes using a toilet ball cock as a mould or using metal/wood ball joints, but clear plastic seemed more sensible as the insides could be painted black before fitting. 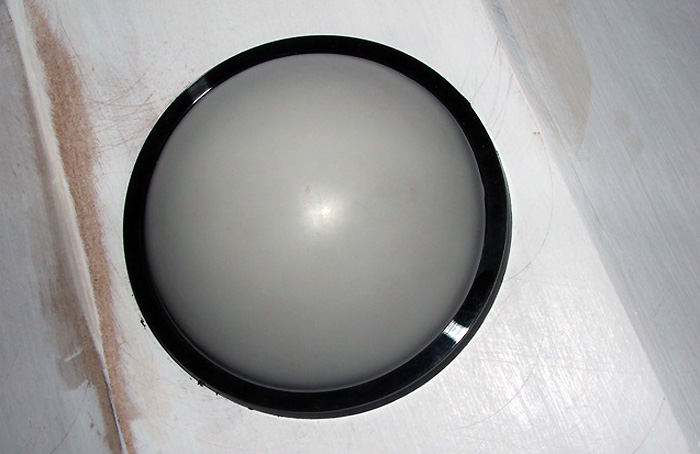 All hemispheres are fibreglass and were filled with expanding foam. A Rawl plug was fixed into each with lots of Araldite glue. Plastic tub lids, sourced from a local Chinese takeaway (which fit the hemispheres perfectly) were used instead of the oil seal surrounds used on the original props. These make a very convincing alternative. 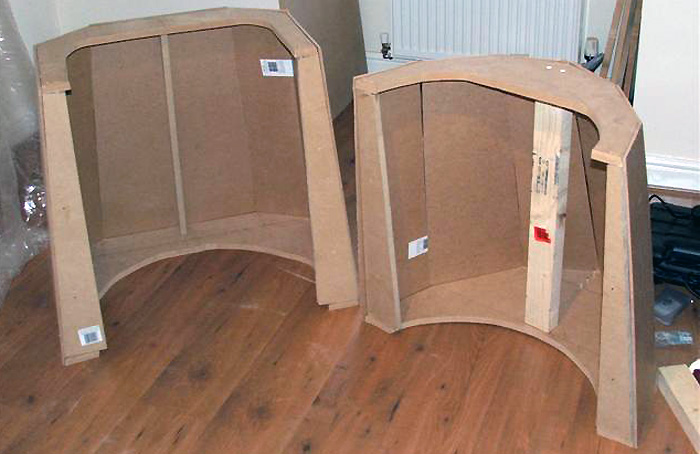 The skirt, (seen here in two sections) was assembles using MDF and later fibreglassed on the inside. This made the whole thing very strong and filled in the gaps around the front joints. Further filling and sanding was then done on the outside surface, to get all the joints looking smooth and even. 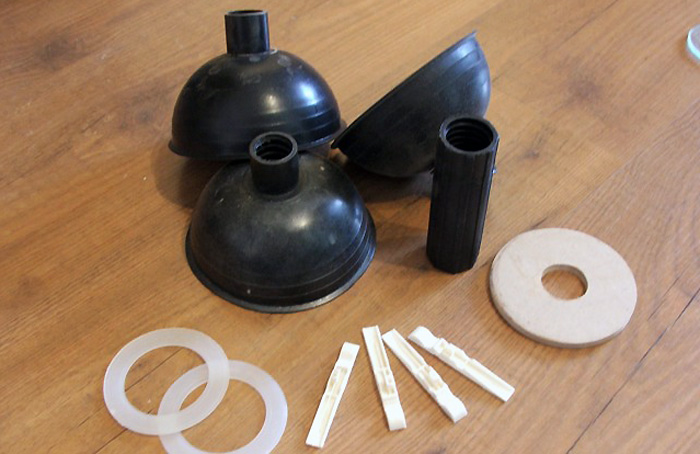 The sucker was constructed using sink plungers from Asda. Large plastic washers, a waste pipe joint, clothes pegs and a kitchen unit leg were also used. MDF left over from the gun box holes was sanded and used to make the disc on the back, glued onto the plastic washers which make the ridge that runs around the edge. 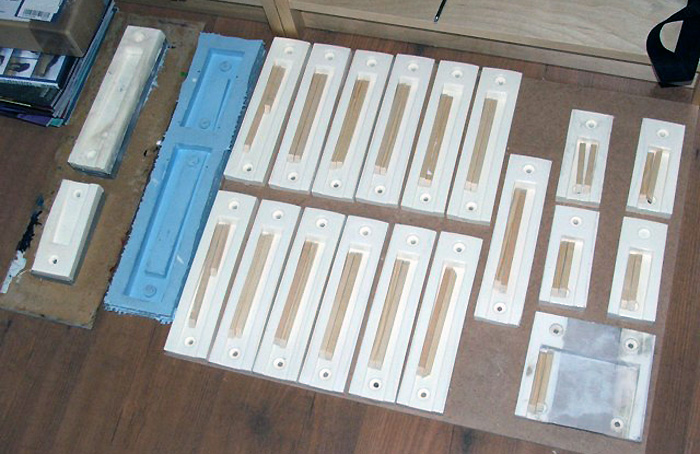 Master slats were constructed, then a mould made from RTV silicone rubber - one for each design of slat. The final slats (actually fitted to the Dalek) were then cast up in resin, using the silicone moulds. Once fully cured, they were painted with primer and a final topcoat, before being fitted to the shoulder section.