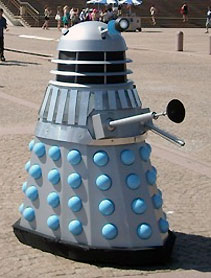 Mark says, "I started to build my Dalek according to the dimensions given on Project Dalek and from the 1973 magazine plans. These instructions, from the magazine, had been converted from imperial scale to metric and along the way, someone had stuffed up the measurements.

My Dalek is based loosely on the ones from 'The Chase'. I worked in no particular order, just working on whatever section was convenient the time". 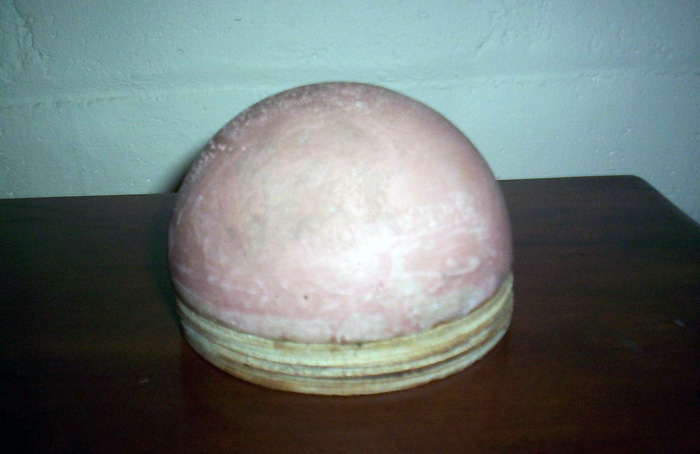 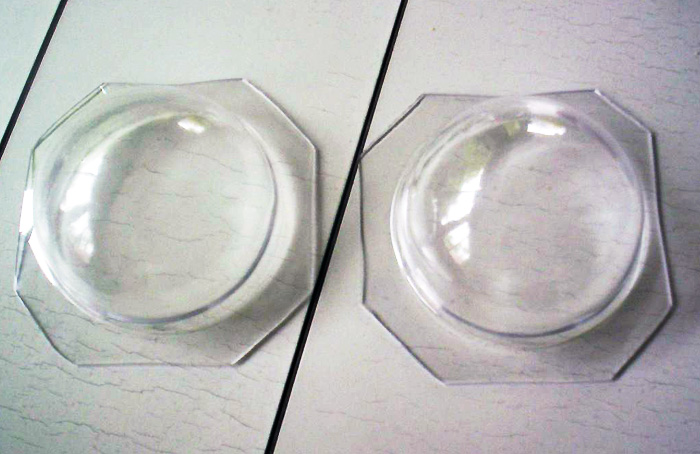 A small oven was used to heat the plastic because the smaller oven seemed better at heating it up quickly. The plastic was clamped into the frame and once heated, to the point where the sheet began to droop, it was pushed over the master hemisphere, producing the familiar hemisphere shape, together with a handy flange for mounting the hemispheres through the holes cut in the skirt. 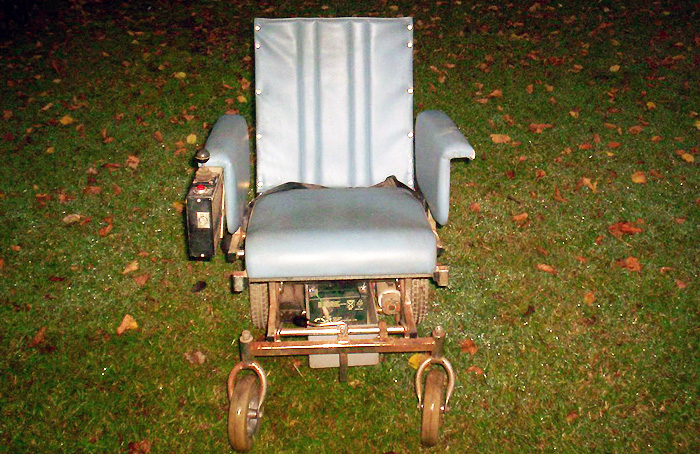 An electric wheelchair was sourced free of charge, from the owner of a disability hire shop. This was an amazing stroke of luck after slaving away at the computer looking for one within the right price range on eBay. The chair is always just the starting point when motorising a Dalek and much work is often needed to get the components arranged in such a way that they will fit inside the Dalek's skirt. 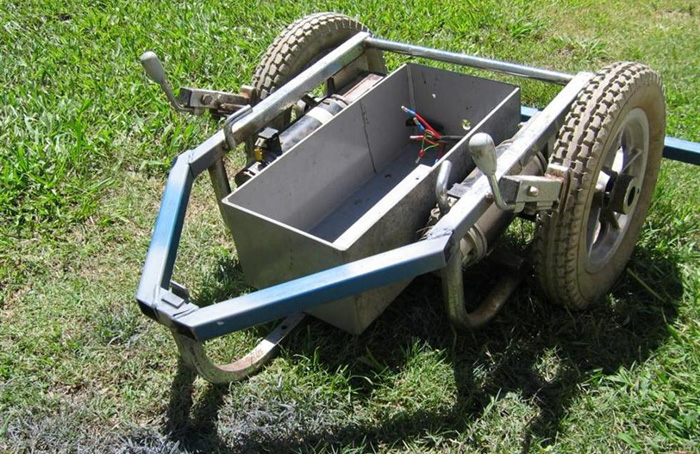 This is the wheelchair base after conversion for Dalek use. Note that in this photo there is no front wheel. It eventually had a caster fitted under the bow and a bar, at the front, for the skirt section to bolt on to. The batteries sit centrally, in the box pictured. It's always good to have these low down, to avoid issues with the Dalek's centre of gravity. 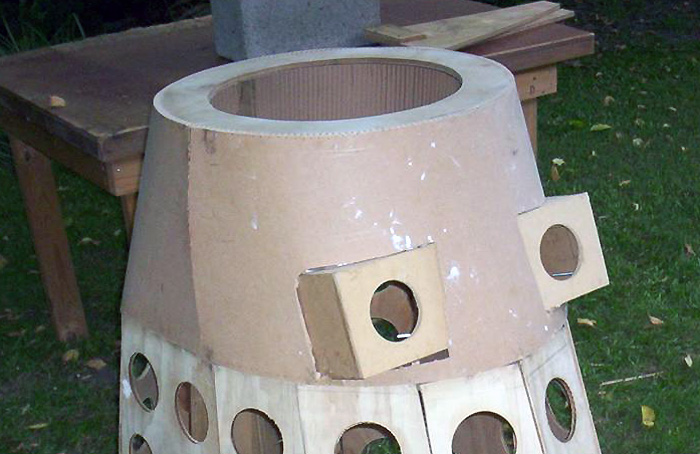 Mark discovered that getting the join to lay flat is a problem on early style Dalek shoulders. This is because you don't have the luxury of extra bands and thick slats to hide the join like on the 2005 series versions. He fixed a piece of flat wood behind the join and screwed both sides of the join to it. It took a bit of extra filler to hide the screw heads but isn't noticeable on the finished prop. 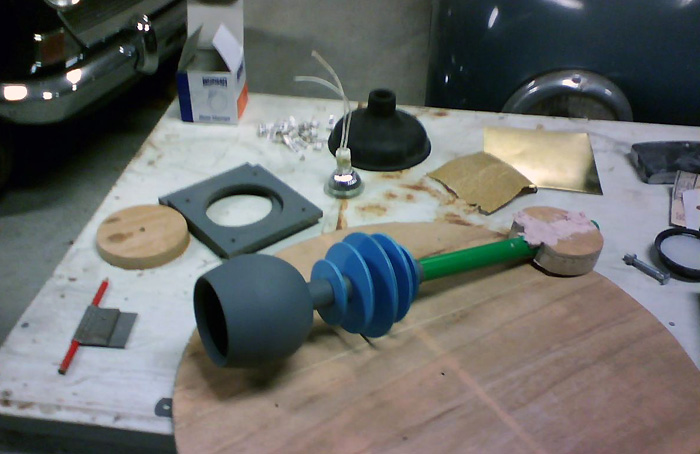 There's always lots to do when building a Dalek. While the focus is often on the larger sections, much of the hard work can be classed as bench based. Here we see a variety of parts in various stages of construction. The eyestalk is well underway and there are lights, hinges and ball joint fixing brackets visible in the photo.