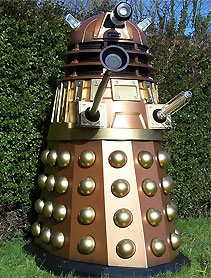 Mike Bull's 'Rosco' was originally going to be a Genesis-style Dalek, but in the end, Mike bowed to the inevitable and veered off into New Series Dalek territory. Mike said, "they just look so mean".

Rosco was started on June 6th 2005 and finished February 8th, 2006. Allowing for downtime, he's probably been about a six-month build.

This Dalek was one of the very first to use cold-cathode under-lighting to create the illusion of levitation. 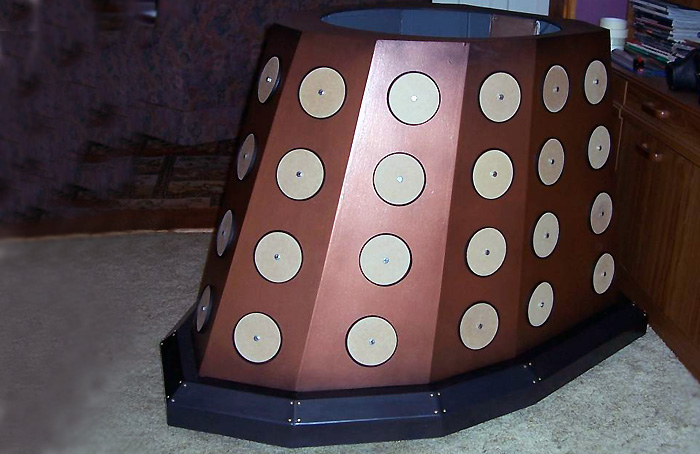 Plastic dog food tin lids and MDF discs were attached to the skirt These formed a backing and surround for each of the hemispheres. The discs serve to keep the flimsy lids flat and give an internal edge for the hemispheres to adhere to. 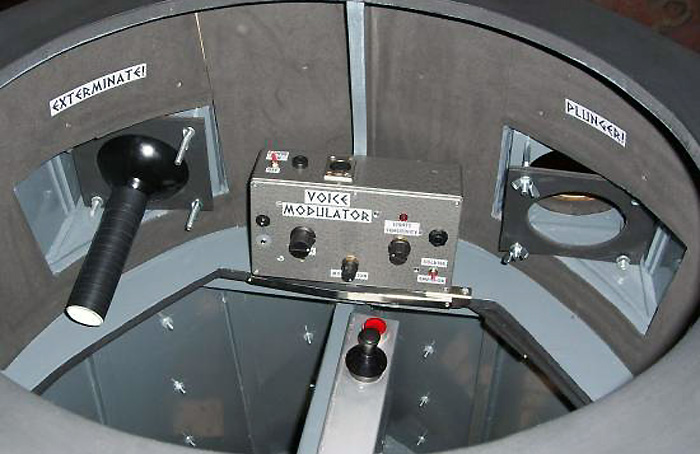 Inside the shoulders, showing the voice modulator. It is fixed to a removable support strut; remove the strut and the modulator comes with it. Mike has added his own labels to the voice box controls, to make it clearer what everything does. 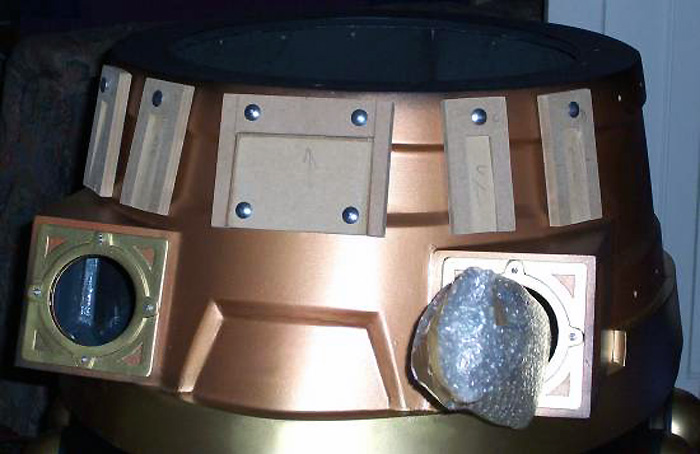 Here we see the four short slats, fresh from being jigsawed. At this stage, they are only partially finished and don't have their lower holes drilled. The central square slat is more finished but doesn't yet have the bolt heads recessed. None of the slats have their rear bits fitted. These were added separately. 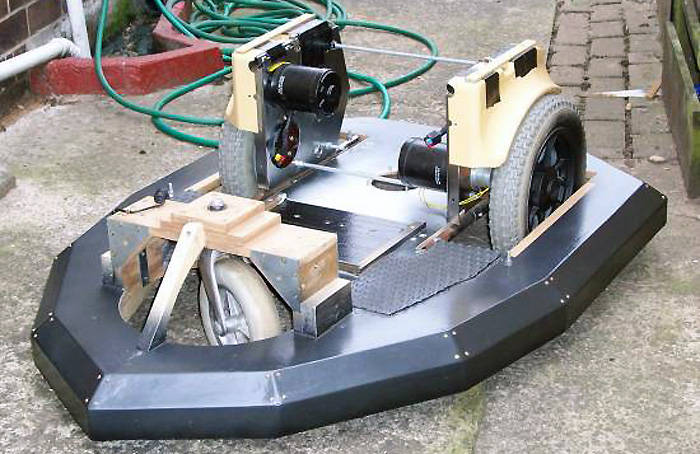 The motorised base section being assembled. The hole for the voice modulator's speaker is just visible between the drive motors. At this stage, the seat needed to be rejigged and refitted. A couple of spacers were also needed to adjust the height of the front wheel. 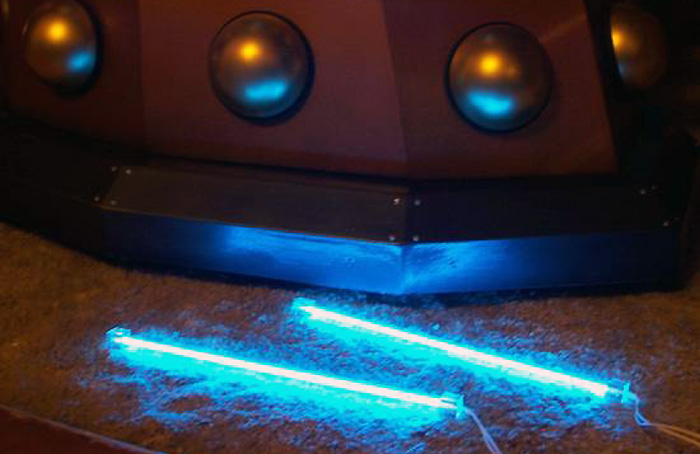 The photo shows two cold-cathode neon tubes, ready to be fitted to the underside of the base. A total of ten were required to do the full job. In order to maximise the amount of light showing underneath the Dalek, Mike backed the tubes with aluminium foil so they reflected light downwards. 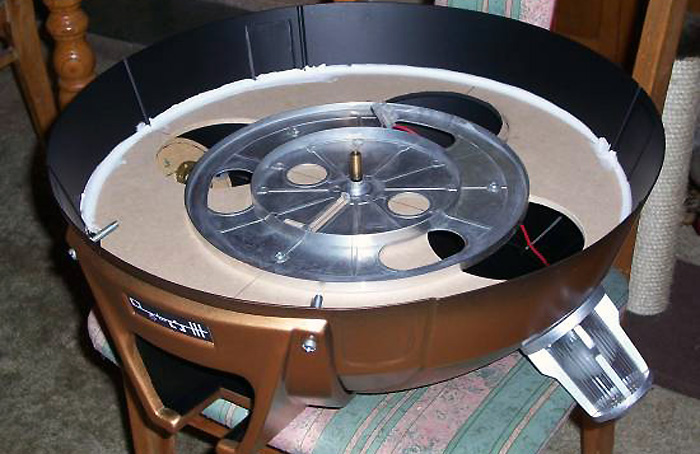 The upturned dome showing the MDF disc that fits inside. Also added is a record-player turntable. This gives both a nice bearing to pivot the head and a smooth lip to drive a rubber wheel against. An electric screwdriver motor rotates the head back and forth.