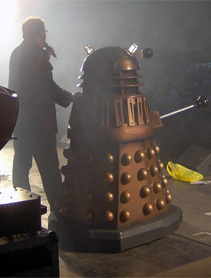 Since his completion, Bernard has become quite a celebrity. First, he appeared on stage alongside Russell T Davies. Then, later, when an extra Dalek was required for the filming of the season finale of Doctor Who (2008, season four), Bernard's services were called upon again. He can be clearly seen in both "The Stolen Earth" and "Journey's End".

In any scene where four Daleks are seen together, one of the Daleks is Bernard. Mugsy (Gareth) says that it was a strange course of events that ended with his Dalek being used in the show, but none-the-less, he is very proud of Bernard's achievements! 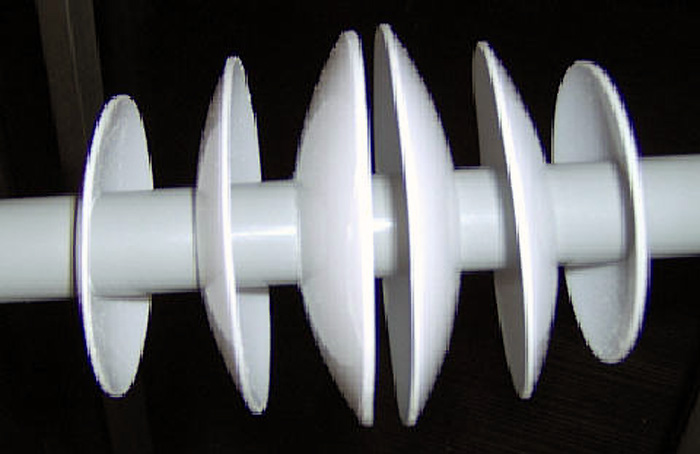 The eye discs were made from the translucent front sections of battery-operated push lights. They were cut down to size using a compass cutter. The edges were then tidied up with a craft knife and sandpaper. For best results, the cut should only be made on the convex side of the push light face. 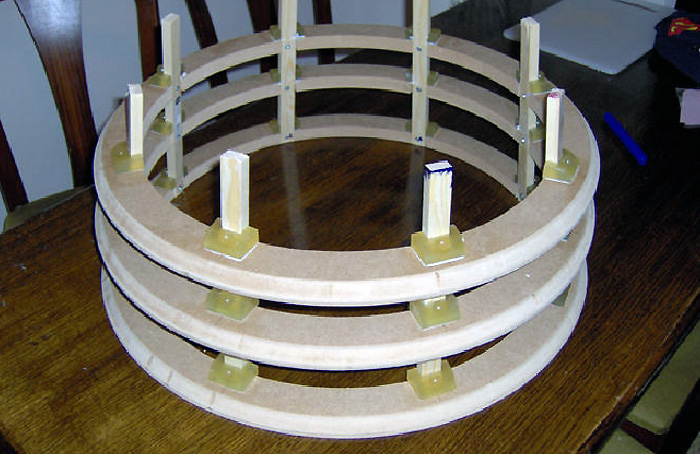 Here we see the neck cage assembled for the first time. A little sanding, filling and sealing were still required at this stage, to remove marks made during the routing process. Note that the small neck blocks (at the base of the uprights) have also been added. 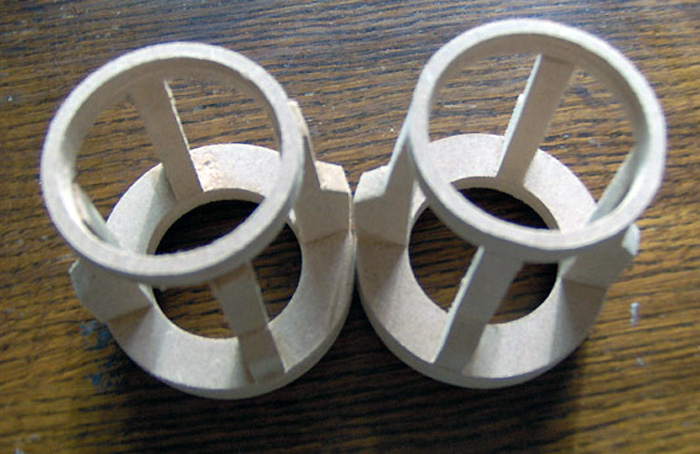 The light cages were made from MDF using a hole saw to create the base sections (joined together into one unit) and the top ring. After sanding and assembling, the cages were given a coat of white primer to act as a sealer. The sealed surface was then ready to accept the metallic topcoat. 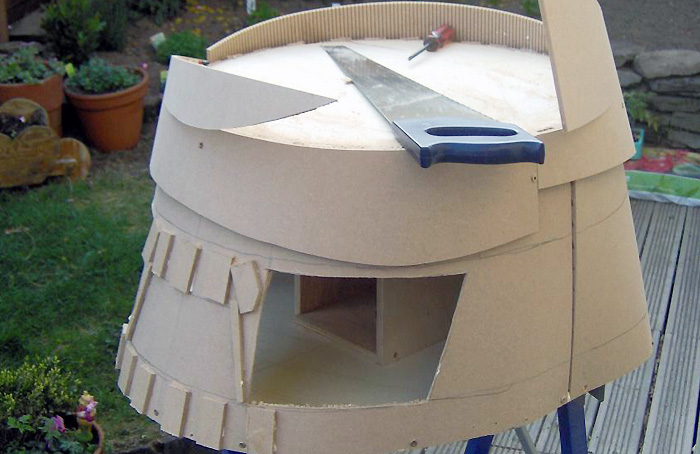 Gareth found the shoulder section the most challenging part of the build. In his own words, "whoever said the shoulders were the hardest bit, should be pronounced as emperor of all things understated". Despite these difficulties and after much perseverance, Bernard's shoulders turned out very well. 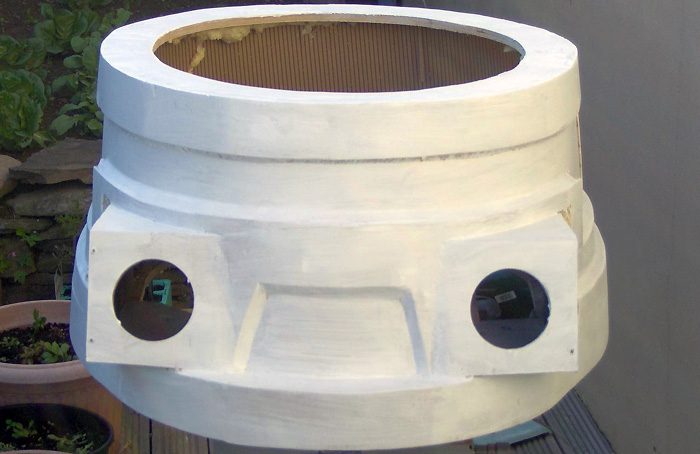 Here we see the (almost) completed shoulder section, painted in MDF primer. This was done in order to get a better idea of where to stand and fill. It can be really hard to see what needs doing when constructions are as complex as this. After the sanding and filling were completed, a final coat of primer was added before spraying. 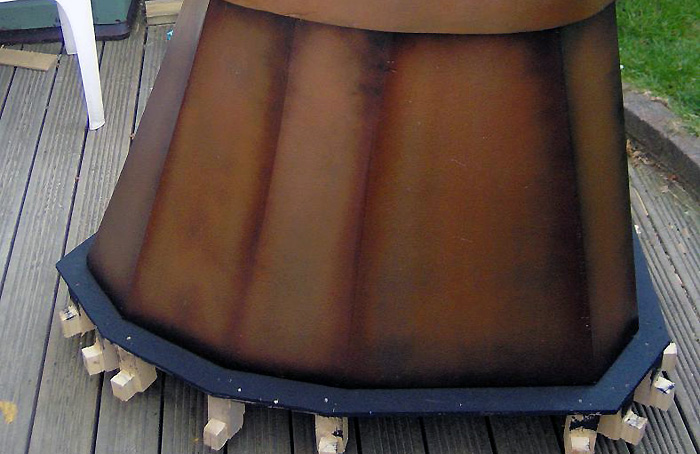 This photograph shows the skirt section, after basic painting, being 'weathered' by the addition of a second darker colour, in certain areas. The colour used for the detail work was Halfords Metallic Sable Brown. Also visible in the photo is the 'work-in-progress' fender base section, still awaiting its sides and vertical edges.