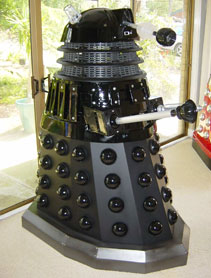 Niko has built a number of Daleks over the years, including Movie Dalek and 'Death To' variants, amongst others. One of his Daleks was even featured in an Australian bank commercial.

Niko works mainly in fibreglass, with other parts made by producing RTV rubber moulds which he uses to cast multiple parts in resin and other materials. The beauty of this method is that parts can be duplicated for future builds, with minimum effort.

This is a showcase for Niko's black 2005 series Dalek, which was built using this type of methodology. Below is just a small glimpse of the build process, which is featured at greater length in his build diary, on the Project Dalek Forum. Niko's black new series Dalek 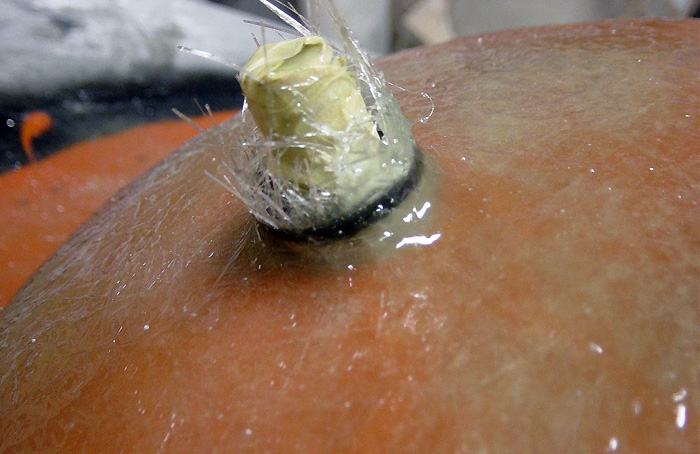 Here we see the production of the Dalek dome 'plug'. Niko used 450 chopped strand and laid up three layers, using a brush and small roller to wet out all the air. He also added a garden hose attachment (pictured), which helps to release the part from the mould using water from the hose. Once this master mould was ready it popped out from the plug and was ready for the next stage. 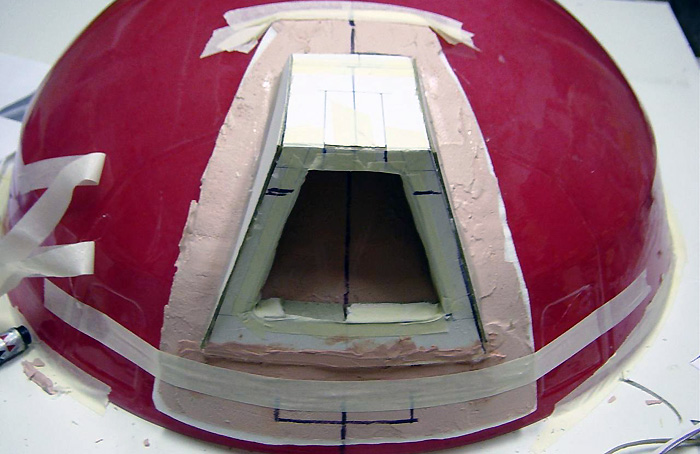 Niko produced the cowl using pieces if card to get the basic shape, then used car filler clean it up. After a little sanding primer was added. Once that had dried top-coat was added, then polish. As this part is a 'plug' for moulding, gel-coat was then added to form the surface of the mould. Niko used surfboard cloth (4oz) to glass the part as it is quite fine and easy to mould. 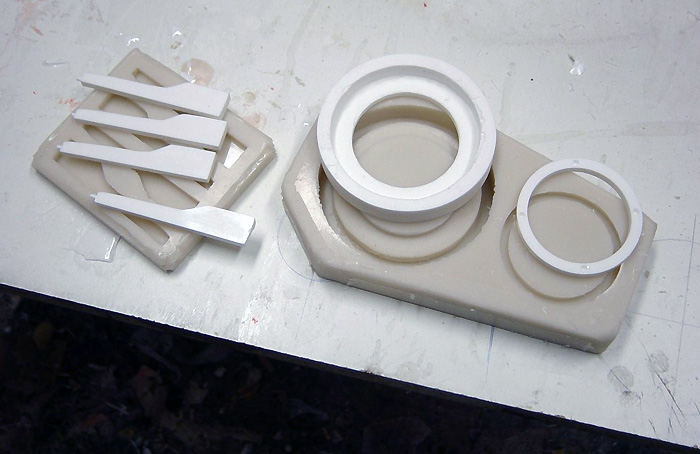 The light cages were made by using whatever Niko could find to get the right shape for the parts. For the uprights he used Perspex. The mould was cast in RTV rubber and then, for the final master parts, 660 casting polyurethane was used. He glued the parts together with epoxy, using a Moflash lens as a guide. The parts were then primed and painted using an airbrush. 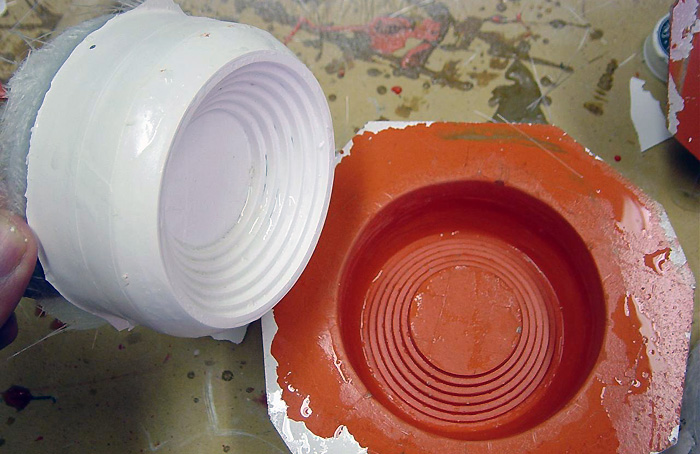 Some Plastruct parts were used to make parts of the 'master' eye, used for moulding. Niko also found a plastic plumbing part which worked for one section. The stepped Plastruct section was added to the plumbing part, then they were glued down to a board using a hot glue gun. This assembly was then used to produce a fibreglass mould from which the finished part was produced. 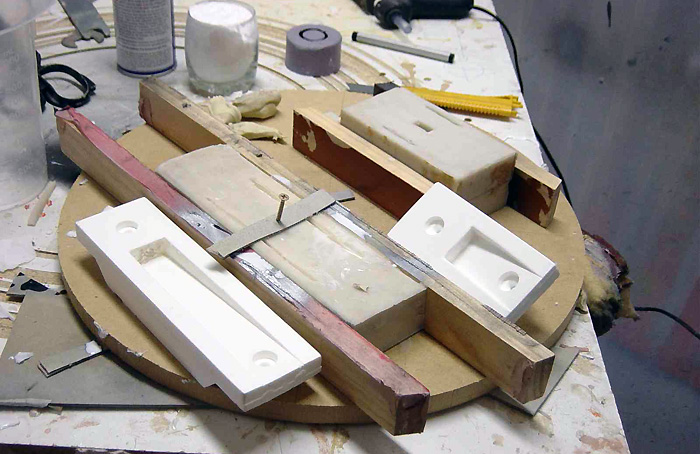 Niko used some MDF to cut out the shape of the different slats then using hot glue, joined the two parts together forming the milled in shape. The next process was to create a mould for each unique slat shape, using RTV rubber. 660 polyurethane casting resin was then used to produce the final parts. A little sanding was needed to get a good fit, on the shoulders. 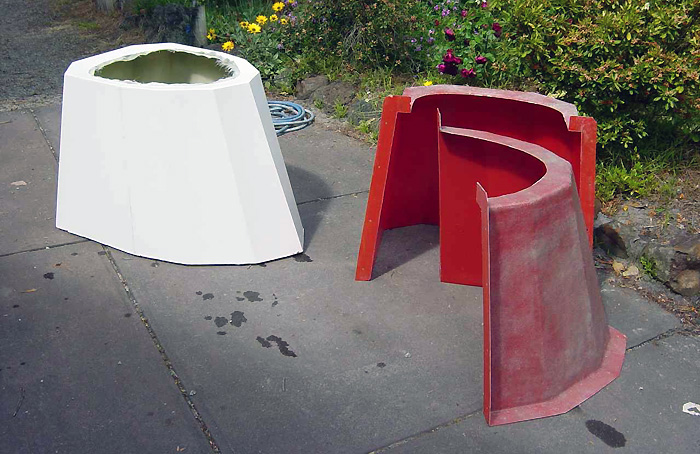 Ply and MDF was used to make the skirt 'plug'. Ply for the frame and MDF for the panels. Once Niko was happy with the shape it was primer time, sanding to a smooth finish and on to prep for glassing. Once the mould was made, he used three layers of 450 matting for the part, making sure each layer tacked off between coats. Niko makes the job a little easier by spraying the gel-coat into the skirt mould.

Check out this TV advert which features Niko's Dalek.