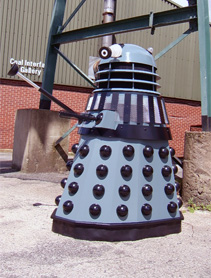 Dale is pictured here during a visit to the National Coal Mining Museum (for England), during one of his very first public appearances in July 2007. Later, in August 2007, Dale also made up the numbers at the Manchester Museum of Science and Industry, where the Guinness world record attempt for the most number of Daleks assembled in one place, was being held. Dale has also appeared in the local press, having impressed a reporter at a classic car event, where he got more attention than the cars. Dale is now fully motorised and is continually a 'work in progress'. 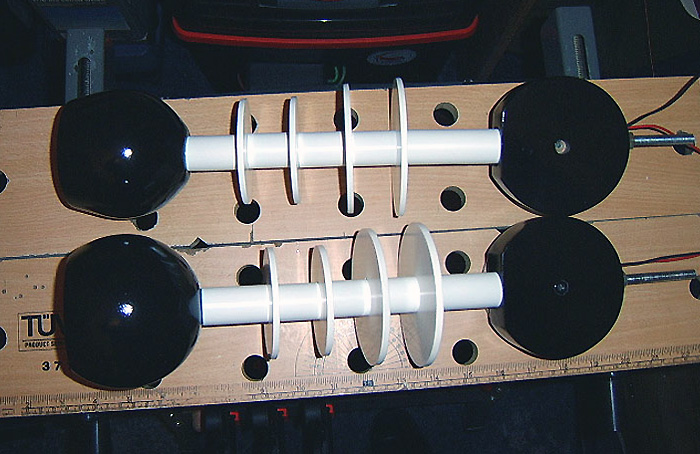 Raymond was not happy with the first eyestalk he made, so decided to build another one. In the photo, the lower one is the new version. It was made in a slightly different way. The disks were countersunk, rather than separated by spacers. Small holes were made in the disks for the wires to pass through at the side of the central threaded bar. 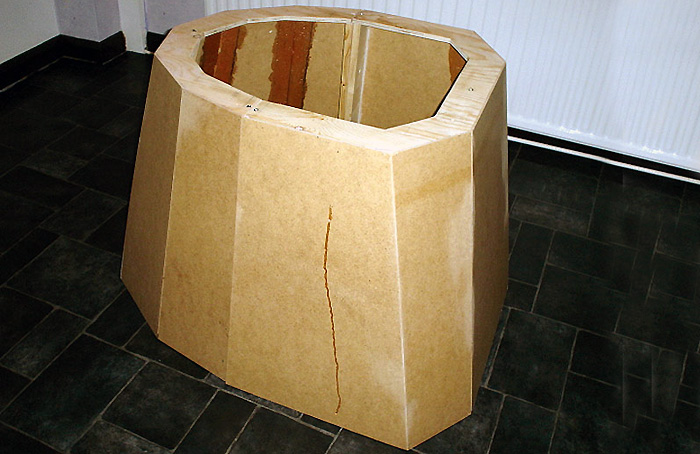 Adding the panels to the skirt was done by holding up the MDF to the frame, clamping and marking the MDF from the back, then cutting and finally attaching each panel. The difficult part was the last front panel because the front frame post was in the way, during marking out. 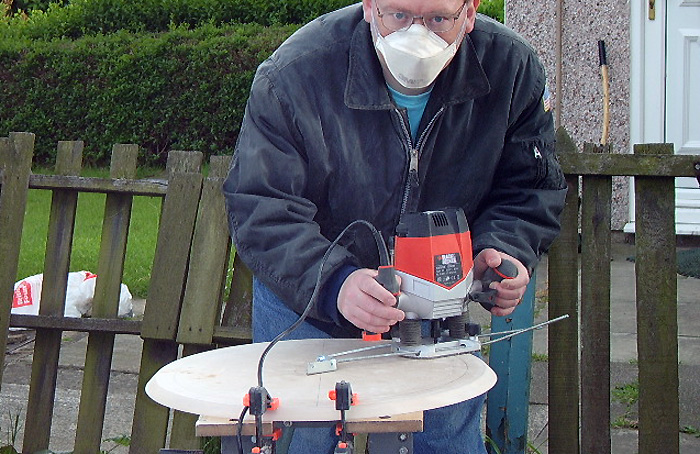 A 1/4" router was used to cut the neck rings. Firstly the wood was marked up, as per the Workshop Manual. Then the circles were cut using a piece of wood with holes drilled in the positions of all the circles required. 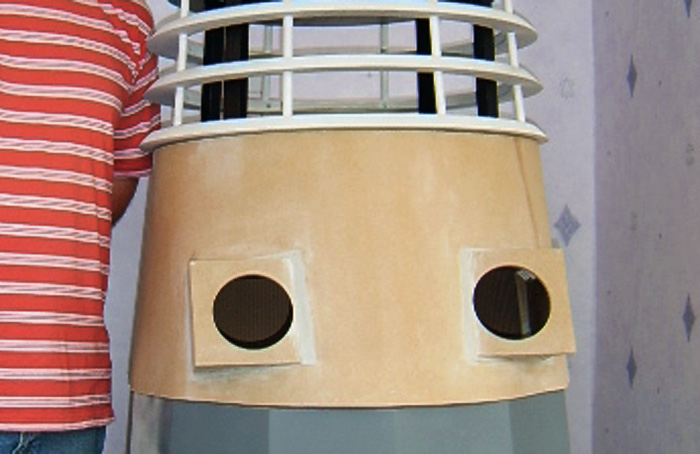 After a little trial and error, the shoulders were clad without the gun boxes in position. Once the cladding was complete, the gun boxes were inserted from the inside and marked up. Holes were then cut in the cladding, in the correct places. The inevitable small gaps were then filled and the seams sanded. 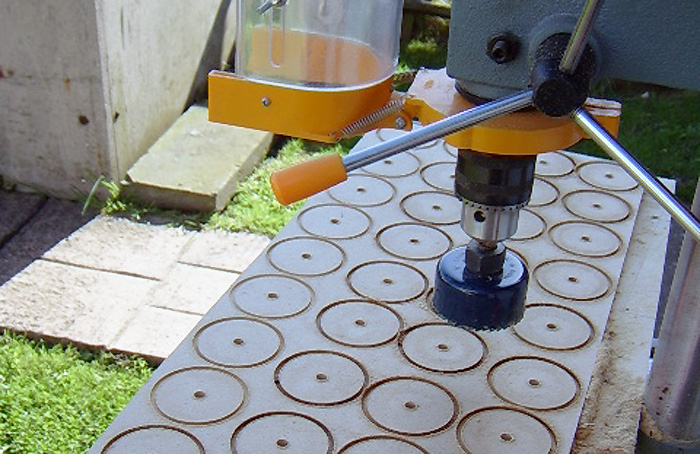 A hole saw was used to cut disks from MDF sheet. The disks are part of the attachment method for the surface mounted hemispheres. Each disk was fixed into the rear of a hemisphere and the central hole used to locate the fixing bolt. The central hole cutter pilot hole ensures that the bolts are also central. 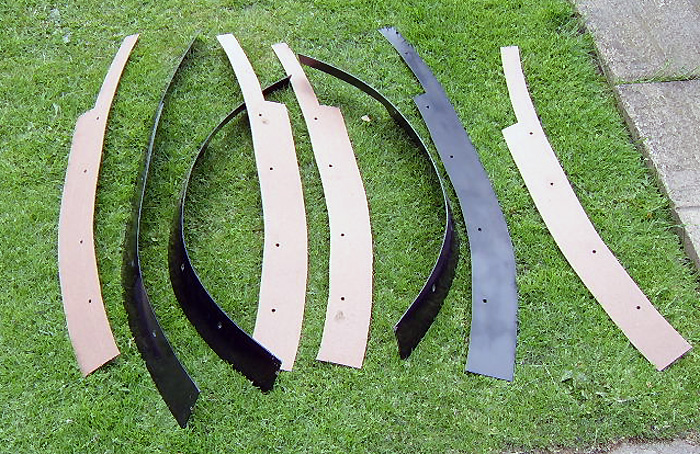 Raymond made several sets of collars before producing ones that he was happy with. Many of the previous sets had issues with shape, length or surface finish. Many builders have experienced similar problems and it is a testament to Raymond's patience that he eventually came up with collars that look so good.