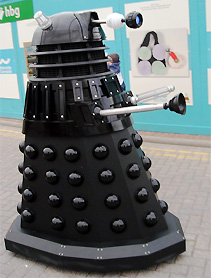 Now part of Project Dalek's extensive and long-running archive, Rob's Dalek was completed in March 2008. He attended his first public event shortly afterwards, at the Sport Relief Run in Cardiff. Rob managed to raise in excess of £300 for the charity, not bad at all, to say that the whole thing was arranged at very short notice.

Rob managed to do the charity mile with ease, due to the fact that his Dalek is fitted with electric motors.

Rob says, "I could have easily done the six-mile run (being electric), but I don't think the rest of my team would have appreciated that." 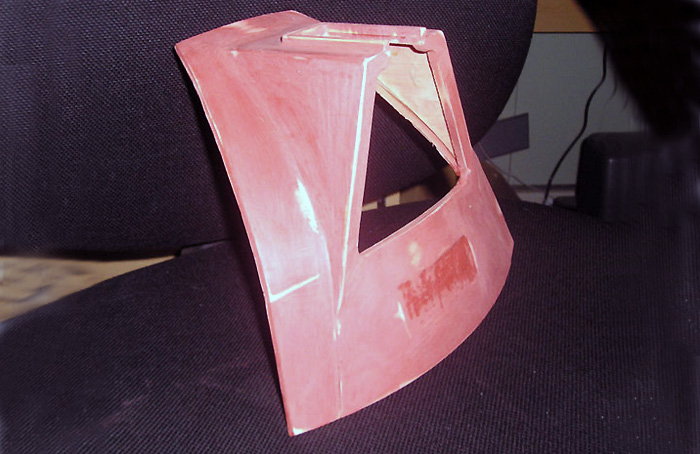 The cowl started as strips of thin balsa wood, fixed to the dome with spots of super glue. The first pieces were laid whichever way it was easiest to bend to get the shape of the dome. Then more strips were glued at different angles and in the general shape of the cowl, to be trimmed later. After several layers, it formed a strong pattern that held the shape of the dome. 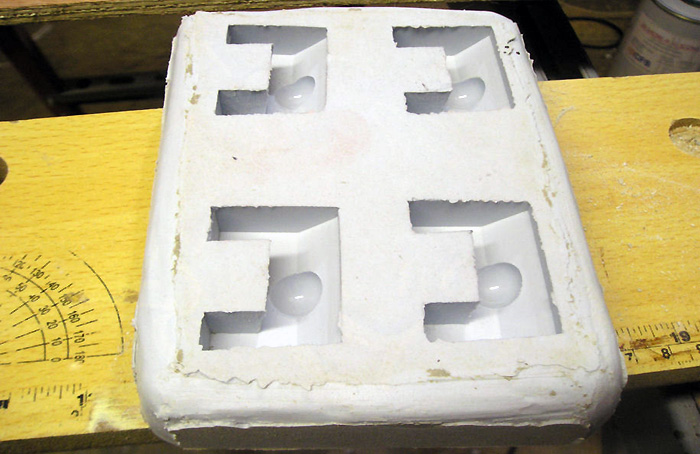 Four neck blocks were made from wood. They were fixed to a piece of MDF and boxed in. RTV rubber was used to create a mould (illustrated). Once the mould was cured neck blocks were cast up in resin. RTV is great for this kind of moulding, they almost fell out of the mould. 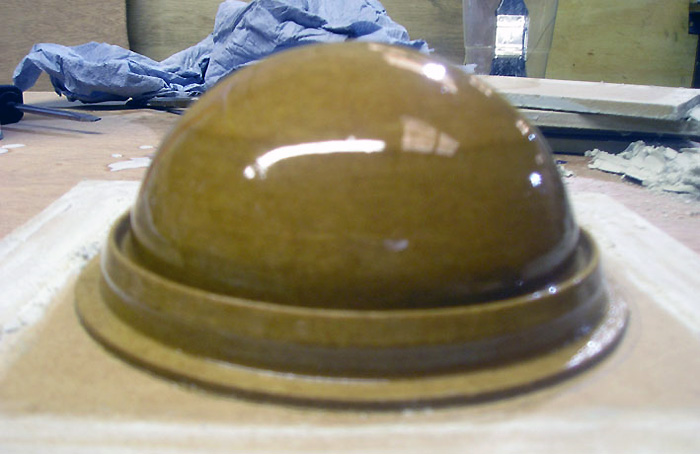 A master hemisphere was made by glueing together three pieces of 18mm MDF. A lathe was used to turn out the hemisphere shape with bezel attached. After a few coats of sealer, plus sanding, it was ready to be used to make produce a silicone mould, from which the final fibreglass castings were made. 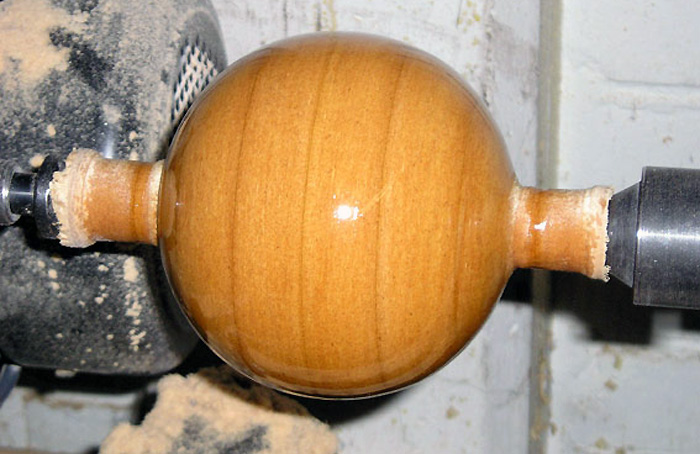 An MDF ball joint was produced using a lathe. Several pieces of MDF were glued together to form the basic block. A former was made from thin plastic and the MDF turned to create a ball shape. Three coats of sealer were added to give it a durable finish. Flat spots were deliberately added, to help attach the gun assembly. 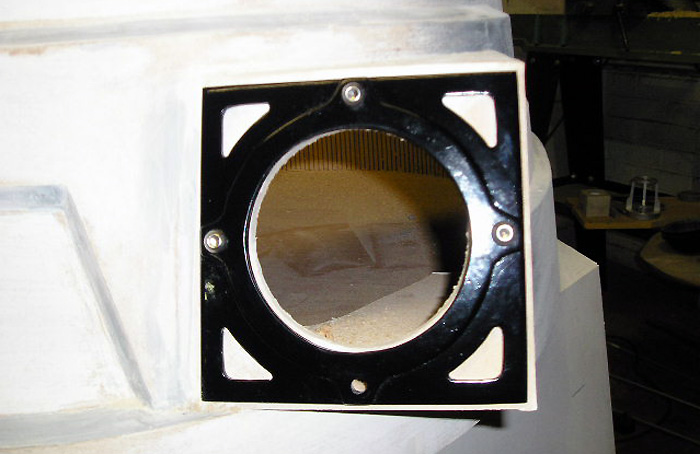 An RTV silicone mould was made to produce the two gun box detail panels. A touch of black pigment was added to the resin and some fibreglass chop strands were also mixed in to add a bit more strength. After a little rub down and a lick of paint, they looked more like enamel. Rob was very pleased with the result. 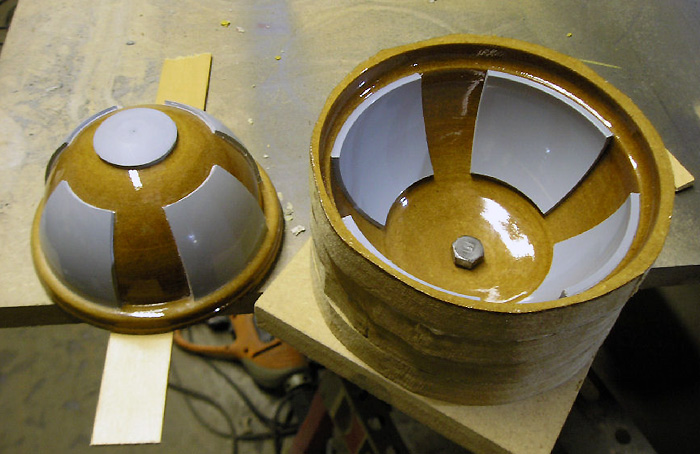 Rob decided to cast his plunger from black rubber, so a two-piece mould was made from MDF and plastic. The rubber compound was poured in, then the mould sections were lined up and pushed together until the rubber oozed over the side. Once cured, the plunger was removed and the excess material trimmed back.