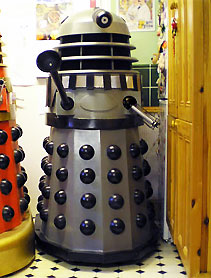 Compared to the 'classic' Shawcraft-style Daleks from the 1960s and 1970s, every single part of the Renegade Daleks is slightly different, the skirt being the biggest departure. Built almost entirely from fibreglass, this Renegade Dalek is faithful to the ones produced in the 1980s.

Subcusick says, "It's been fascinating, after years of building basically Shawcraft-shaped Daleks, to build this one - and you know what, I prefer the Renegade! I know, sacrilege, who'd have thought it?" 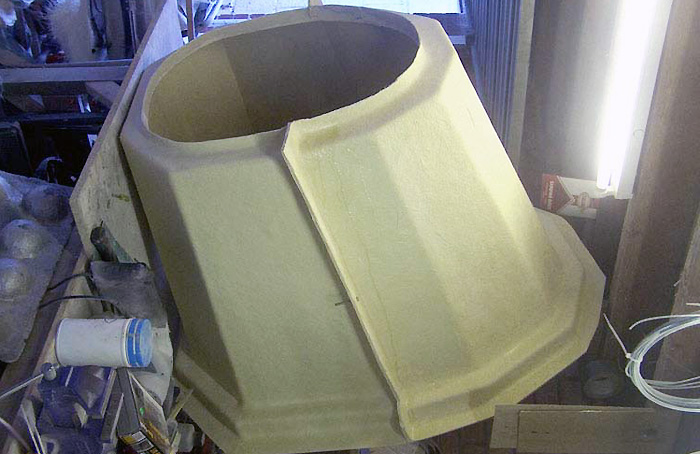 The skirt and fender mould assembled ready for lay-up. The casting was done in colour, putting the black gel in first (fender), masking it, then removing the masking tape while the gel was still wet and applying the grey gel coat for the main skirt section. 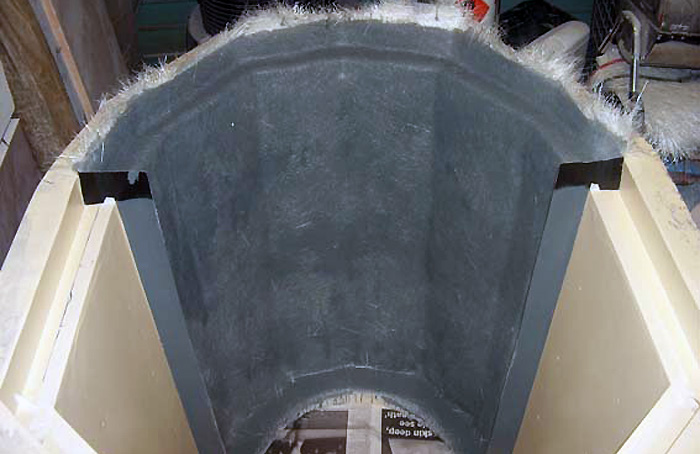 Here we can see the front section of the skirt, in the mould. Note the black gel coat on the fender. The skirt is being made as a 'splitter', in two pieces that bolt together. This method makes transporting the Dalek much easier and allows the parts to fit small doorways. 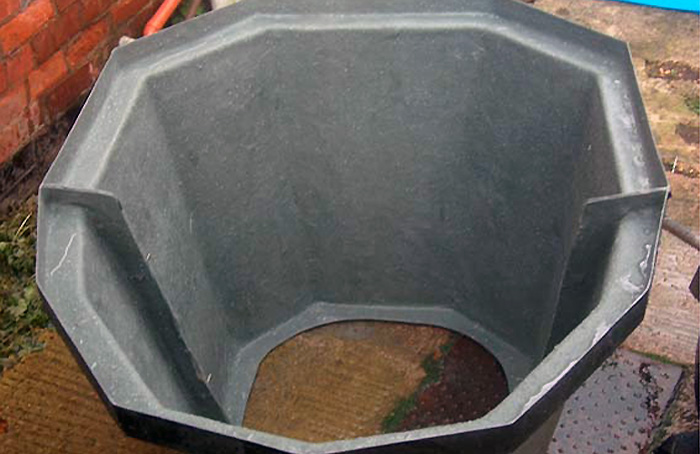 Finished skirt casting sporting a crisp joint on the two colours. There was slight leakage of grey resin on top of the black gelcoat in two small places, possibly due to the gelcoat curing too quickly and a crack letting the grey resin through. This was easily sanded off. 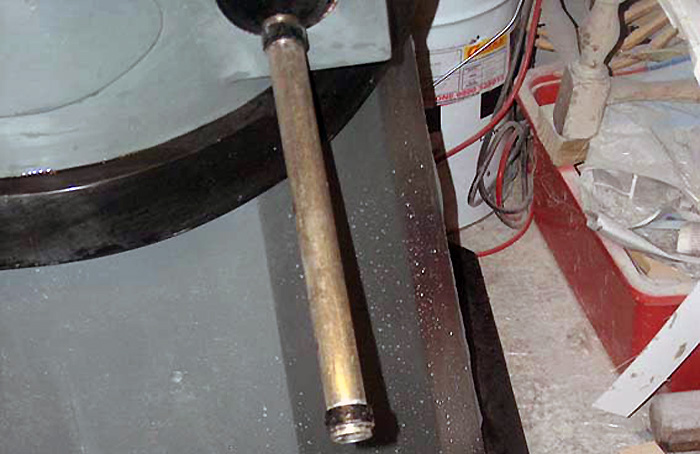 The beginnings of a Renegade Dalek gun, test fitted into the newly completed shoulder section. The eight surrounding rods have yet to be fitted, but you can see the collars, top and bottom, where the rods will eventually locate. 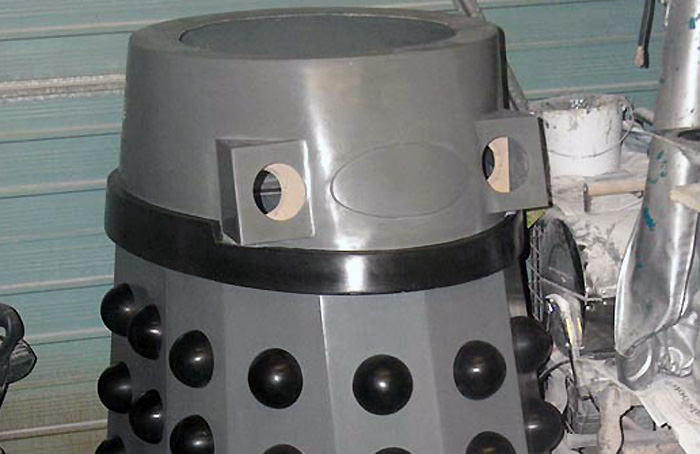 Shoulder section made entirely from fibreglass. Like the skirt and fender, this section has not been painted. It has been made using coloured gelcoats: black for the lower collar and grey for the rest. Just visible are the backing plates for the ball joints. 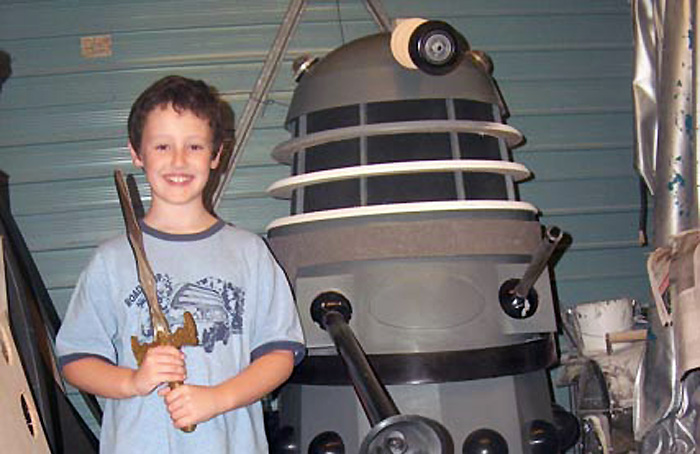 All the parts were given a test fitting and were found to go together well. There were still a number of elements to finish at this stage, including the neckrings and various details on the appendages - particularly the eyestalk.