If you grew up in the 60s and 70s, maybe you'll remember the coin-operated Dalek rides that used to sit on seafronts and in amusement arcades across the UK. 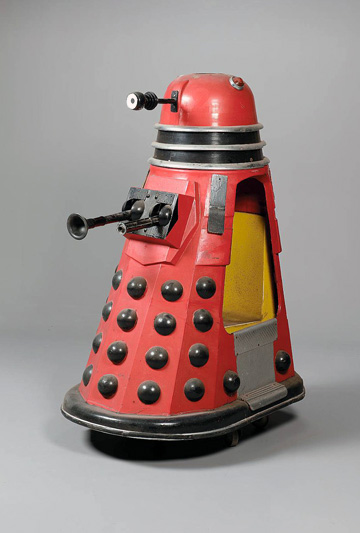 A well-preserved Edwin Hall Dalek ride that was offered for auction at Bonhams in May 2006.

The Dalek ride was manufactured by Edwin Hall & Co and distributed by Edward Saville Amusements during the 1960s. The Edwin Hall company are better known for having manufactured larger fairground rides, the most famous being the Cyclone Twist. Edwin Hall himself started out as a fairground artist for R.J. Lakin. When Lakin retired, Edwin bought the company and began manufacturing coin operated rides in 1953. There is very little specific information available on Edwin Hall & Co. If you know anything of their history, please get in touch

The date of manufacture of these units is pretty vague, though it is likely that it was 1965. That fact that the rides were exhibited at the Amusements Trades Exhibition, held at Alexandra Palace, London, in late January 1966 backs this up. They were released for the summer season of 1966. Originally, all the Daleks were red, but by October 1966, a less popular black version was also available, promoted in the trade press (Coin Slot newspaper), as the 'Dalek Supreme'.

The ride has an access hole on its right hand side, through which the child can enter. A small seat faces the controls for the appendages. When a coin is inserted, the Dalek begins to move, rotating 360 degrees, while also moving in a lateral 'figure-of-eight' motion. During operation the lights flash and a suitable soundtrack plays.

By today's standards, these rides are a heath-and-safety nightmare. Children's fingers could easily become trapped (or worse) as the unit operates. The way they move means you can't stand too close, unless you want scraped shins.

The sound is provided by a tape deck situated inside the dome (which also contains the circuitry for the timer and lights). The design seems to vary from ride to ride. Some (presumably earlier) models have cut down reel-to-reel tape decks while others have eight track cassette players fitted. It is more than likely that many of these have since been replaced by more modern alternatives.

The circuitry housed in the dome became very hot and this seems to have caused a number domes to become brittle, crack and shatter - leaving a hole in the top, exposing the electrics. This hole was often hidden by the creative addition of a flashing beacon. It is possible that later models had a beacon fitted as standard.

The soundtracks also varied. Some have sound effects taken from the Dalek movies, while others play the Doctor Who TV theme and/or produce a ranting Dalek voice. What the 'factory standard' tape was is unknown.

The original colour scheme is consistently red (pigmented fibreglass gel coat). However, may hours in the sunshine often bleached the colour to a mild pink, at which point the rides were often repainted in any of a multitude of colour schemes.

In collecting terms, these rides aren't for the feint-hearted. The cast metal frame/base that carries the motor takes two men to lift. The main carcass is 'all in one' from below the neck, down to and including the fender. The floor is reinforced, and the carcass is thickly laid up in fibreglass.

The basic GRP hemispheres are integral to the skirt but are then enhanced with spun aluminium covers (in two different sizes). Many of these covers have succumbed to small prying fingers as they are only held on with contact adhesive, which would have become soft under the warm summer sun. The slats are thick aluminium, but still managed to become snapped on some units.

Exactly how many of these rides were made is a matter of debate, though it is believed that they numbered between 35 and 50, manufactured in the UK somewhere between 1964 and 1967.

Following our appeal for further information about these Dalek rides and the Edwin Hall Company in general, Project Dalek has been contacted by Geoff Biffen, the son of a former employee...

My late father Stan drove for Edwin Hall up until they ceased trading in 1976. This was when Ted Saville took an interest and purchased some rides but to the best of my knowledge Mitchell's of Heath Rd., Skegness took over the main business and are still trading. Most of my fond memories of the company were trips with dad in the school holidays servicing and emptying the rides in a brand new A60 pick up and a 3 ton Bedford J type. I clearly remember touring the country converting the coin slots from sixpence to 2p. Ted Saville is still alive to the best of my knowledge and still has a warehouse full of rides somewhere in Croydon. Edwin Hall's other driver was named Barry Andrews, last heard of living in Mitcham Surrey.

Edwin Hall is no longer with us but he did have a son called Tim. I do hope this small amount of knowledge is of some use to you.

Many thanks for the information, Geoff.

We have also heard from Bob Boon...

I was an apprentice there, circa 1955/6 'til 1960. I remember Stan Biffen well and accompanied him on numerous occasions to change rides and even better, to collect money! Funny, I don't remember the Daleks too well. Guess they were after my time. Best ones I recall were the Sputniks, a very popular ride. I had a happy week at the boys and girls Exhibition at Olympia, had to wear a suit and was given a bonus, which was unheard of then. Nice to hear of your interest.

The additional information is much appreciated, Bob.

Thanks also, to Tony Clark for uncovering the link between these rides and the 1966 Amusements Trades Exhibition.

Many thanks to Desirée Alder for additional information on the history of Edwin Hall and providing the following press clippings..

Were you involved with the Edwin Hall company in the 1960s? Did you help manufacture or distribute these rides? Were you responsible for their removal, at the end of their working lives? 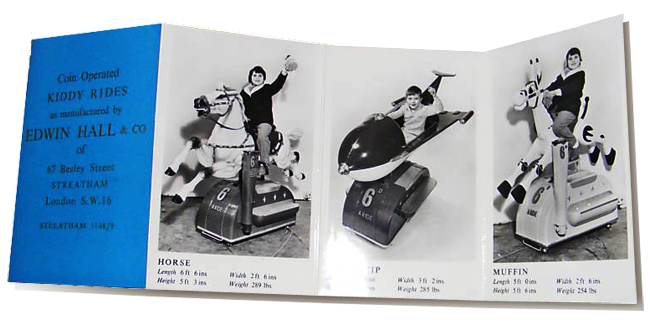 If you have any information on the Edwin Hall company or these coin-operated Daleks, or if you have photographs of these Daleks, please This email address is being protected from spambots. You need JavaScript enabled to view it. so that the information can be documented for posterity

It is rumored that a number of these Daleks were disposed of in a single batch, removed en-masse, loaded into a wagon and dumped. 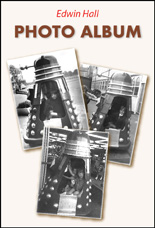