Most people who come to the hobby of Dalek building without any prior experience will naturally do their research online and eventually locate the vast resources held within Project Dalek. At this point the obvious course of action is to select the plans for the chosen style of Dalek and begin work, using the Forum's Build Diaries to help with the methodology.

However, this was not the route that one particular Dalek Builder took. He wanted to build something impressive and unique.

He achieved this goal in the form of a Dalek which had previously only been an idea. STORM is a full sized hand built Dalek built by Project Dalek member (and former moderator) Alan Clark, in 2008. 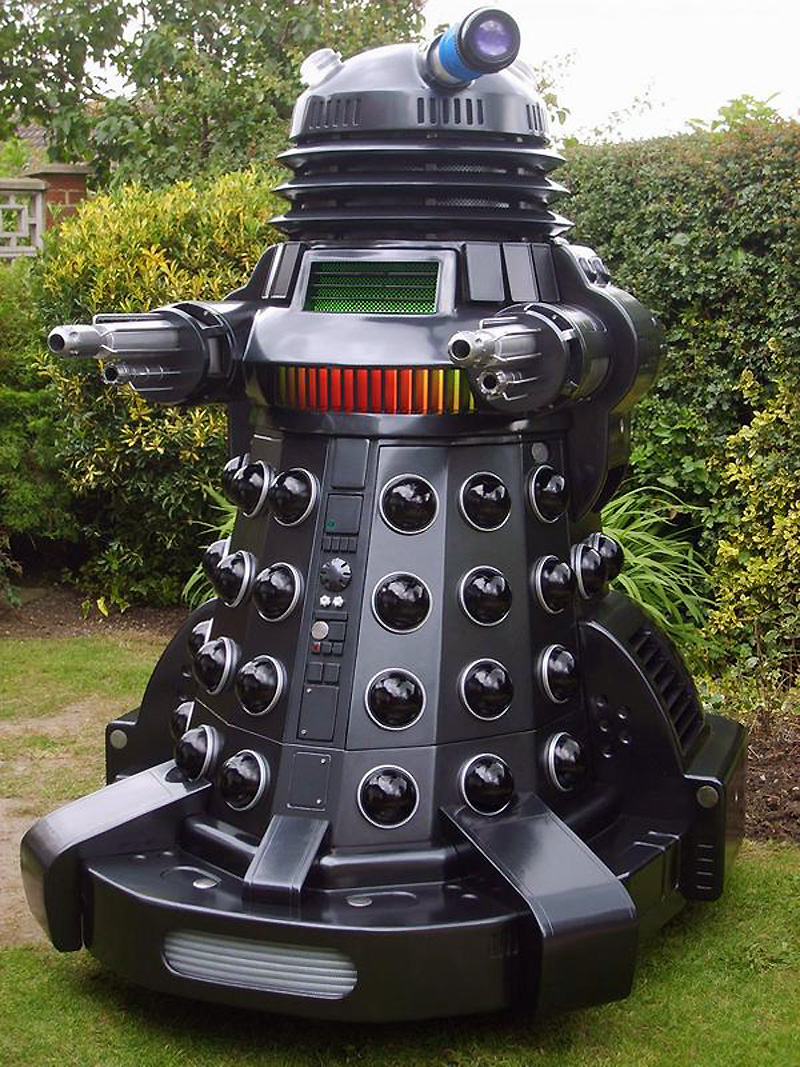 The Virtual Becomes The Real

Dalek STORM is made mainly from wood and plastic parts and is fully motorised with the running gear from a 24 volt mobility wheelchair.

STORM is based on a sketch by the BBC artist, Alan (Rocky) Marshall which was developed as a Dalek concept design for the abandoned Dark Dimension film. The film was commissioned by BBC Enterprises and was to have been released in 1993 to commemorate the thirtieth anniversary of Doctor Who. Sadly, the film was never made, mainly due to issues with the overall cost. However, the Dark Dimensions Dalek artwork survived and when Alan saw it he though he'd have a go at making it.

Alan enlisted the help of fellow Project Dalek member 'Mechmaster', who took the concept drawing and used it to create a computer generated model of the Dalek at full size. This was then used to extrapolate dimensions and develop a basic set of plans. 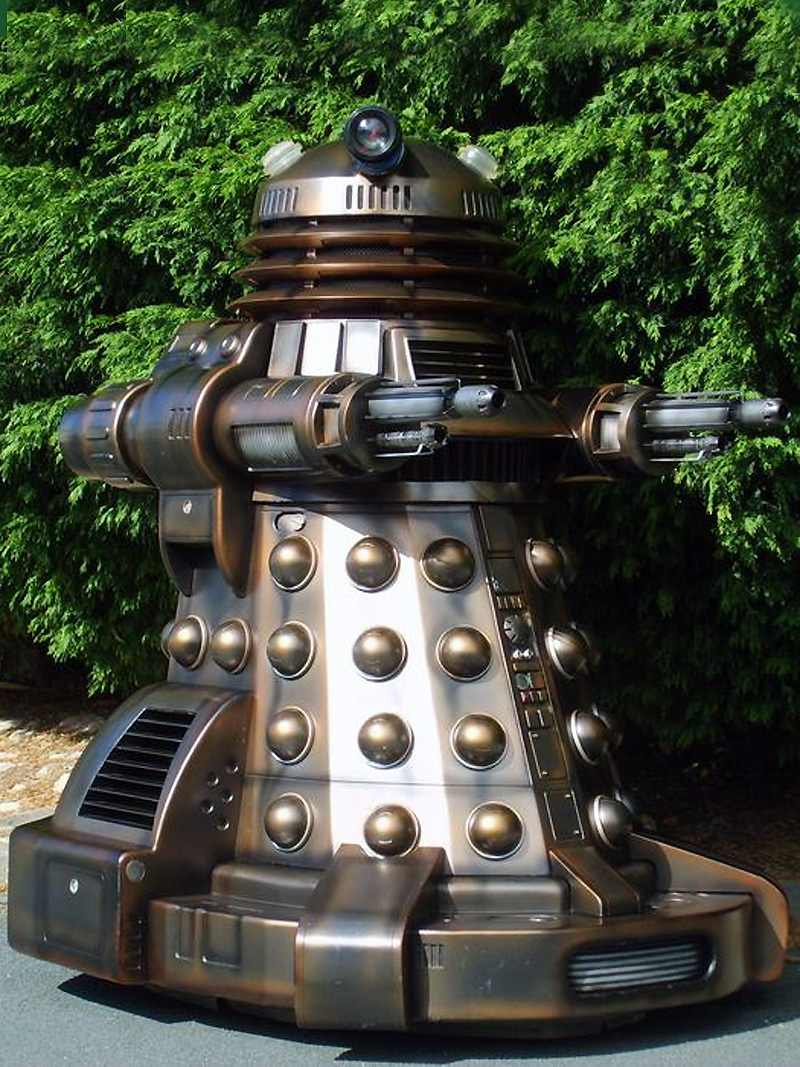 The prop can travel at around 8 mph and has two water cannons that can deliver up to 4.5 gallons of water per minute. The plasma dome lights spark and crackle and the eye has over 1000 patterns that continually change. The neon illumination around the base and on the front can be changed to either green, blue, red or a combination of all three colours. A voice modulator allows the operator to speak in a genuine Dalek voice.

Find out more about how STORM was constructed in the Dalek Showcase, here.

The Dalek took around eight months to build. Dalek STORM was later treated to a metallic respray and now has a new home at the other side of the Atlantic. Alan has also built two more (standard design) New Series Daleks. Details of these builds are also available in the Showcase section.

Since STORM was built, a number of other Project Dalek members have also created their own Dark Dimensions Daleks, using Alan's efforts as inspiration and Mechmaster's plans as reference.

Build Diaries for all of these Daleks can be found on the Project Dalek Forum by clicking on the following links: 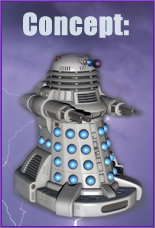 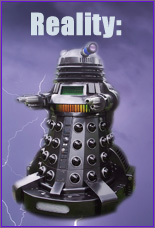